A message from our CEO, Randy Harmat of Endicott Call Centers >>

Learn more about our response to COVID-19 >>

4 Ways an After-Hours Answering Service Can Help Your Business 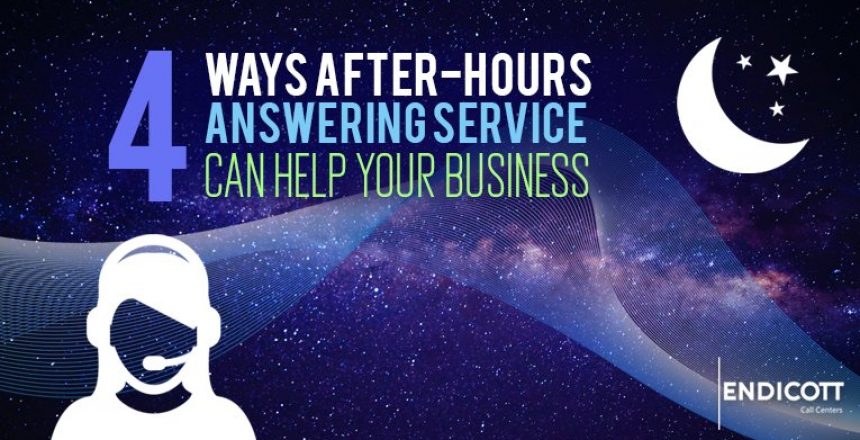 Most businesses don’t have the ability to stay open 24 hours a day, but that doesn’t prevent customers from needing your business after it’s closed. Even if customers can’t use your services after hours, they’d appreciate the ability to schedule appointments or place orders.

In most cases, it’s not sufficient to simply have an answering machine. Even when given the choice of leaving a message, many customers won’t leave one. They’ll wait until a later time to call back, or they might even turn to another business to meet their needs. Here are 5 reasons an after-hour answering service is a smart move for most businesses.

1. You won’t lose business due to not picking up the phone.

When calling a personal phone, many people don’t bother leaving voicemail messages anymore. They leave texts. So, when calling your business, your customers probably don’t want to leave a voicemail. The problem is they won’t be able to send a text message either, so you’re losing their business. Many people also don’t listen to their voicemails, so your customers might assume you’re the same way. Even if this is a false assumption, you don’t want to risk it.

You don’t want your customers to feel ignored in any situation. If they feel they’re being ignored, they’ll likely go to someone who won’t ignore them, i.e. your competition. Don’t let this happen to you. Instead, direct calls to an after-hours answering service with real people answering the phone. This is the perfect solution to maximize the business you get, even when you and your in-office staff aren’t there to answer the phone. 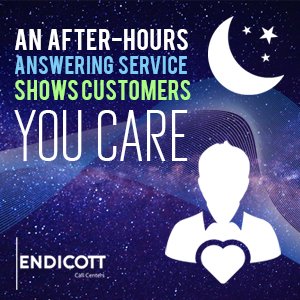 Regular business hours aren’t always convenient for your customers. While your business is open, your customers might be busy at their own jobs, leaving them little to no free time. So when they finally get off work and are able to call your business, the last thing they want is to be met with an impersonal greeting from an answering machine.

But with an after-hours call service, your customers know you care about them. They don’t have to worry about leaving a voicemail, only for it to get lost among other customers and never returned. Your customers will feel valued and taken care of in a way that they wouldn’t otherwise feel.

Sometimes a customer may have an immediate need to schedule an appointment or order a product. An after-hours answering service provides that special attention that mere technology cannot. Having a real-person pick up the phone and talk to those customers will set their mind at ease. By using an after-hours call service, your customers will be cared for, even when you’re not around.

3. Thanks to your trustworthy call representatives, you get a break.

You already spend plenty of time working on improving your business, and it’s physically impossible for you to spend all your time working! When you use an after-hours answering service, you’ll have one less thing to do. The first thing you do when you get to work will no longer be sifting through voicemails and returning calls. Instead, the call representatives will have already spoken to the customers that called the night before and helped them by taking orders, scheduling appointments, or performing whatever other task they need.

Using an after-hours answering service means you can worry less about missing important customer calls. It allows you to focus on more important things. Your call center representatives will still let you know if something needs your attention, but they’ll save you time by taking care of some matters themselves—no effort necessary on your part! 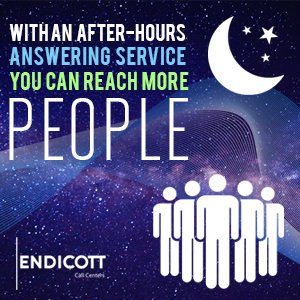 4. With an after-hours answering service, you can reach more people.

A quality after-hours answering service allows you to reach a greater number of customers. Not only does this help people who have busy schedules, but it also enables you to reach customers who live in entirely different time zones. You can boast that you have 24/7 service, which is definitely not something all of your competitors will be able to do. This sets you apart from other businesses and helps increase customer loyalty.

If you want to foster strong relationships with your customers, invest in an after-hours answering service with Endicott. Stop using an impersonal answering machine that turns customers away. Having call representatives will make your life so much easier!

PrevPreviousWhat Can a Virtual Receptionist Do for You?
NextAdvantages of Customer Service OutsourcingNext
Blog Archive

Learn more about our full array of CONTACT CENTER SERVICES to match your business needs. Endicott can increase your call center performance and efficiency, lower operational costs, and create new sales opportunities for your business. We are ready to support your customer support outsourcing and be an extension of your brand!

Fill Out for Free Quote!